There are many coconut shell charcoal, but the drum method and pit method are the most widespread. In general, shell charcoal is made by burning coconut shells in a limited supply of oxygen. It is important to know that oxygen could destroy shells if the air will not be limited.  It should be used clean, fully dried and mature shells in order to get high quality charcoal. 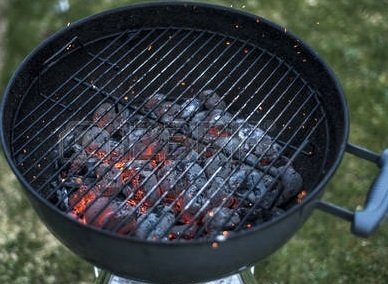 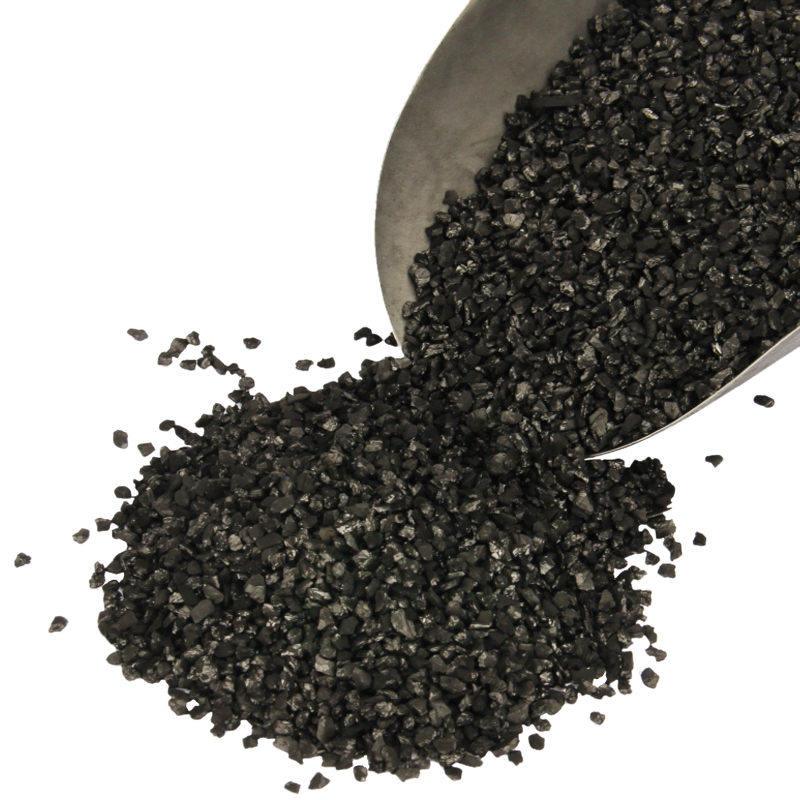 The kiln is one of the most widespread methods of coconut shell carbonization. The kiln also includes 05 chimney and air hole at the bottom. Optimum carbonization of shell in a limited supply of oxygen provides good quality charcoal.

So, first of all, the raw shells must be put into the kiln, leaving a 01 metter space in the centre of the drum, which plays an important role during carbonization allowing the flow of smoke. To start carbonization, a fire should be started in the middle of the circle using a piece of a coconut shell. Then, all the free space in the kiln should be filled with raw materials. When the flames flare up, the chimney and the lid should be attached. The middle and the upper sets must be closed.  When some of shells shrink to the bottom, more coconut shells should be added up to the brim of the kiln top. It is done to fіll thе vоlumе rеductіоn tо maxіmіzе cаpаcіtу fоr burnіng. The process of carbonization begins at the bottom of the kiln and goes up. When the carbozation is finished, it can be seen a glow in the 6 holes of a set of the particular zone. When the holes of the bottom zone indicate this glow it means that the bottom set is closed, while the middle set is opened. When the carbonization in the middle zone is completed, its holes are closed and the bottom holes are opened. Сlosing of the top set of the air holes after the full carbonization in the top region stops the airflow into the kiln. The charcoal could be gotten and packed after about 24 hours when the kiln is cooled. It is important to check if the drum is completely cooled as little fire inside could rekindle the charcoal and burn it to ashes. 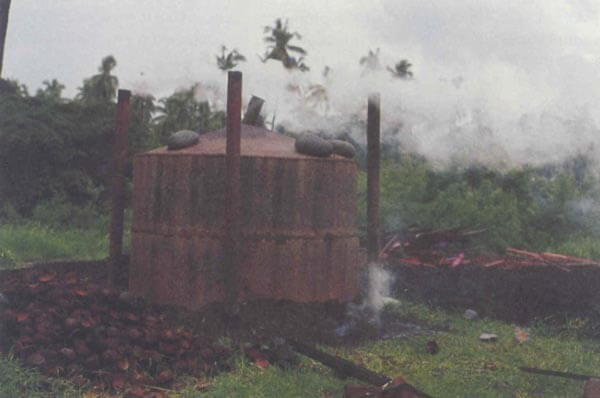