Types of charcoal for grilling

Charcoal Briquettes: This is the type of charcoal that Americans are most familiar with. Briquettes are so popular because they're affordable, easy to use and readily available. Made of wood, briquettes also contain "binding" ingredients like sawdust, starch, and sodium nitrate, which make it burn better. Compressed into a uniform shape and size, briquettes produce a consistent burn and are ideal for foods that require less cooking time like fish or steak. Hardwood Lump Charcoal: Made from real chunks of charred wood, lump charcoal contains none of the additives found in briquettes. In general, lump costs at least twice as much as briquettes, but it lights easier and burns cleaner, producing the least amount of smoke and ash. As an added bonus, since the chunks are actual wood, they can also impart a nice, smoky flavor to your food. Lump charcoal also burns hotter than briquettes, which is ideal when you want to sear a steak or other meat. One of the downsides is that the heat is not as consistent as briquettes, and it may take you a little while to learn to manage your fire. Serious foodies favor lump charcoal for all these reasons and because it is all natural, it's been growing in market share over the last decade. 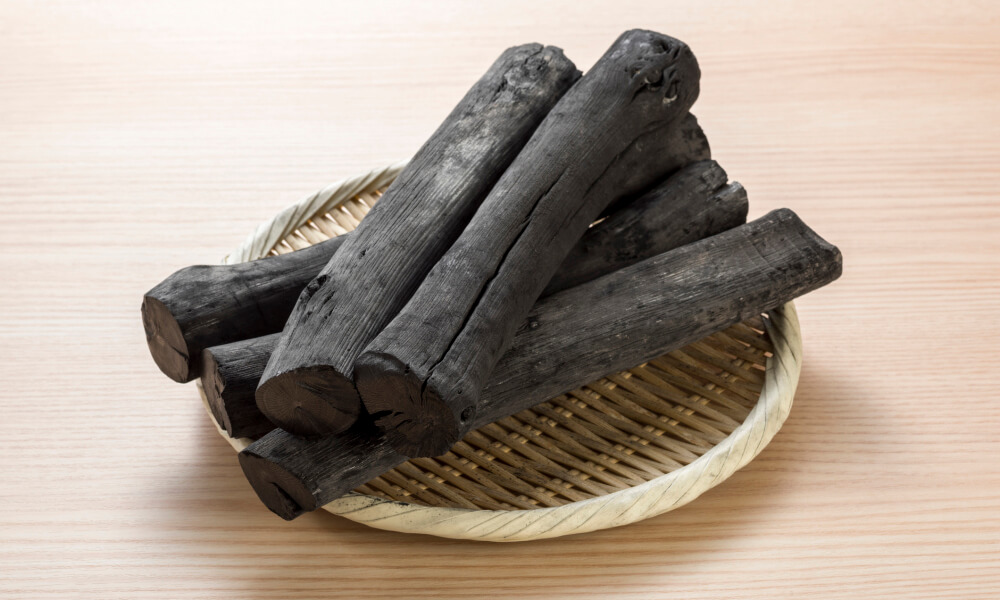 Binchotan: Also known as white charcoal, this pure charcoal has been made from hard Ubame Oak trees found in Japan for hundreds of years. Nowaday, binchotan are made not only from oak, but also from lychee, eucalyptus, maitiew trees... It not only burns at extremely high temperatures, and produces virtually no smoke or ash, but will last for three to five hours. Enjoying a renaissance in recent years, both in Japan and worldwide, binchotan charcoal is also known for its purifying and deodorizing characteristics. Proponents claim hanging a couple of pieces in your bathroom can prevent mold and mildew; it's also thought that it can purify water by absorbing toxins like chlorine and mercury. Binchotan is often more difficult to ignite than both lump charcoal and briquettes. Although the price varies widely, it's almost always more expensive than the other types of charcoal.

How to make the most of your charcoal when you grill

If you are new to charcoal grilling there are a number of ways to ensure that your carefully planned backyard barbecue doesn't go up in flames. * Don't pour the coals into your grill before they are ready.

* Don't heat both sides of your grill to the same temperature.

* Don't forget to preheat the grill before cooking.

* Don't forget about the vents.