What method of charcoal for barbecuing is best?

There are two main methods of charcoal barbecuing: indirect and direct. Indirect cooking requires having the charcoal to one side so it heats the food indirectly. The convection currents produced by a bulbous kettle barbecue with a lid helps in this respect. By contrast, direct cooking has the charcoal placed directly beneath the food. This is a much more volatile method that requires a slot of food shuffling and constant attention. And that leads us to…

Most experts will recommend lump wood charcoal over briquettes. Lumpwood, they say, provides a superior flavour due to the fact it doesn’t contain any chemicals or binders; it is, after all, just gently burnt wood. However, lumpwood charcoal usually burns quickly and more fiercely and by the time it’s at optimum temperature, it starts to burn down quite quickly. Briquettes, on the other hand, take longer to reach optimum temperature but stay hot for much longer. And that’s a good thing if you’re cooking two separate amounts of food or have a lot of mouths to feed. 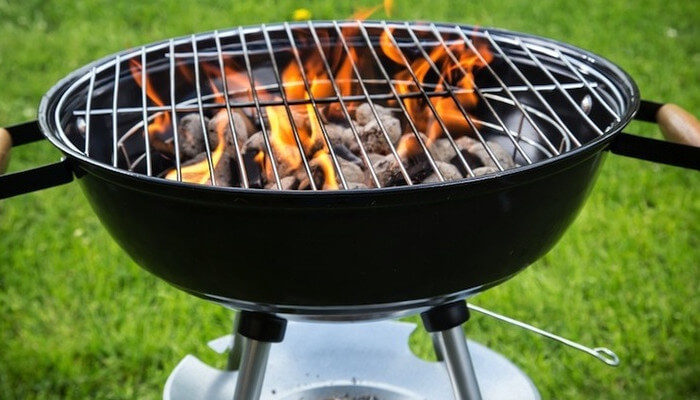 If you tend to scorch your food on a regular basis then go for a lidded kettle model, which will cook more evenly, less fiercely and a little slower. Kettle barbecues use a convection process – rather like an oven – to cook the food. The secret is to keep the lid on and not be tempted to take a peek or the convection process will come to a rapid halt. The lid also prevents the smoke from the fats escaping into thin air and the result is food infused with a rich, smoky flavour. Kettle barbecues are also more sociable since they allow you to engage in idle chit-chat without constantly breaking away from the conversation to attend to the flaming chicken wings.

Braziers – barbecues without a lid – are for people who like living dangerously and are prepared to stand by the grill every step of the way without taking their eye off the ball. This method of barbecuing is hard, fast and volatile but doesn’t provide much time for a beer at the patio table. 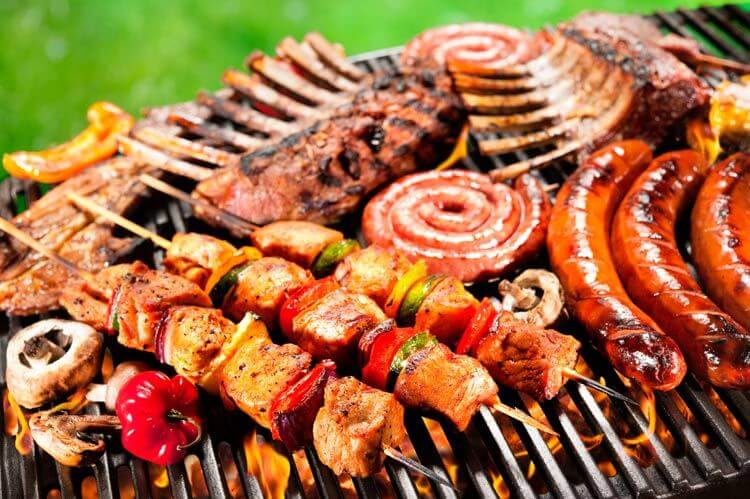 We’ve already extolled the virtues of grilling with gas BBQs and explained why food cooked over a gas flame shouldn’t (theoretically) impact on the flavour of the food being cooked. But try telling that to the multitude of charcoal aficionados. To them, grilling with gas is tantamount to selling out and opting for an easy solution that is so alien to our primal ancestral instincts that you may as well just use the indoor cooker. They’ll argue all day long about the true smoky flavour that only charcoal can produce and, to some degree, they’re right. Charcoal generally produces more smoke than gas because its molecular ingredients are more complex, whereas gas is a much more simplified, odourless compound that produces just water and carbon dioxide. Another point in charcoal’s favour is that it’s simply a much more authentic – and fulfilling – way to grill food. After all, it’s no different a method to the way our ancestors used to cook in the early days of fire. You’ll also be pleased to know that charcoal barbecues are generally easier to assemble than their gas counterparts.