Yakitori is a Japanese dish where chicken meat is cut into small pieces, skewered on bamboo sticks and grilled. There are usually several pieces on each skewer (anywhere from one to five), which are seasoned and cooked on an open-fire grill.

The types of seasoning used in yakitori tend to fall into two main categories: salt and tare or sauce. Salted yakitori have the simplest flavors, while tare is a salty-sweet sauce with a soy sauce base. Although it depends on your sense of taste, in order to enjoy the taste of the basic ingredients, the salt-seasoned yakitori are our recommendation. However, depending on which cut of meat you select, there are some parts that are better suited to tare, and others to salt. The giblets for example have a deeper flavor to them naturally and thus are said to best match tare. If you aren't sure which type of seasoning to order, it is best to ask the shop staff what they recommend.

The Best Ways to Eat Yakitori 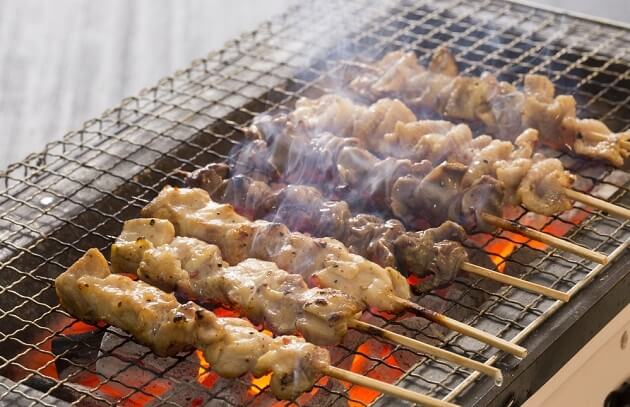 In order to eat yakitori in the most delicious way possible, you should start with the lightly seasoned varieties first. For example, start with sasami (chicken tenderloin), a refreshing cut of meat, then move on to the heart, otafuku and other dishes, slowly increasing the depth of flavor at a time. Of course it goes without saying however that you can also just eat whichever types you like, in whatever order you like as well. 2. Bite into the Meat on the Skewer

It is said that the most delicious way to eat yakitori is to eat it while still on the skewer. The workers toil endlessly away every day to put just the right amount of meat and seasoning on each and every skewer, and it is believed by many that this effort makes the yakitori itself taste even better, hence eating it on the skewer is best.

As most yakitori is made from chicken, it is considered to be a comparatively healthy dining option. And with plenty of protein in it, it is also the perfect food for dieters. So for those on a diet that find themselves craving meat, this is the best option for you. Although it varies by part of chicken, one skewer on average is roughly 75 kcal, and skewers seasoned with salt rather than tare are slightly healthier still, losing about 8 to 10 kcal. Bonjiri, kawa and teba, 3 of the most popular types, come in at about 100 kcal per skewer. On the other hand, 50 kcal and lower types of yakitori are liver, nankotsu and sunagimo. Parts with plenty of fat to them are considerably higher in calories, of course. 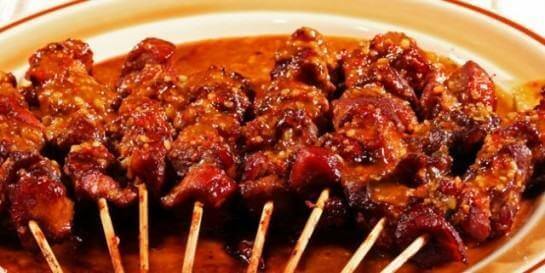